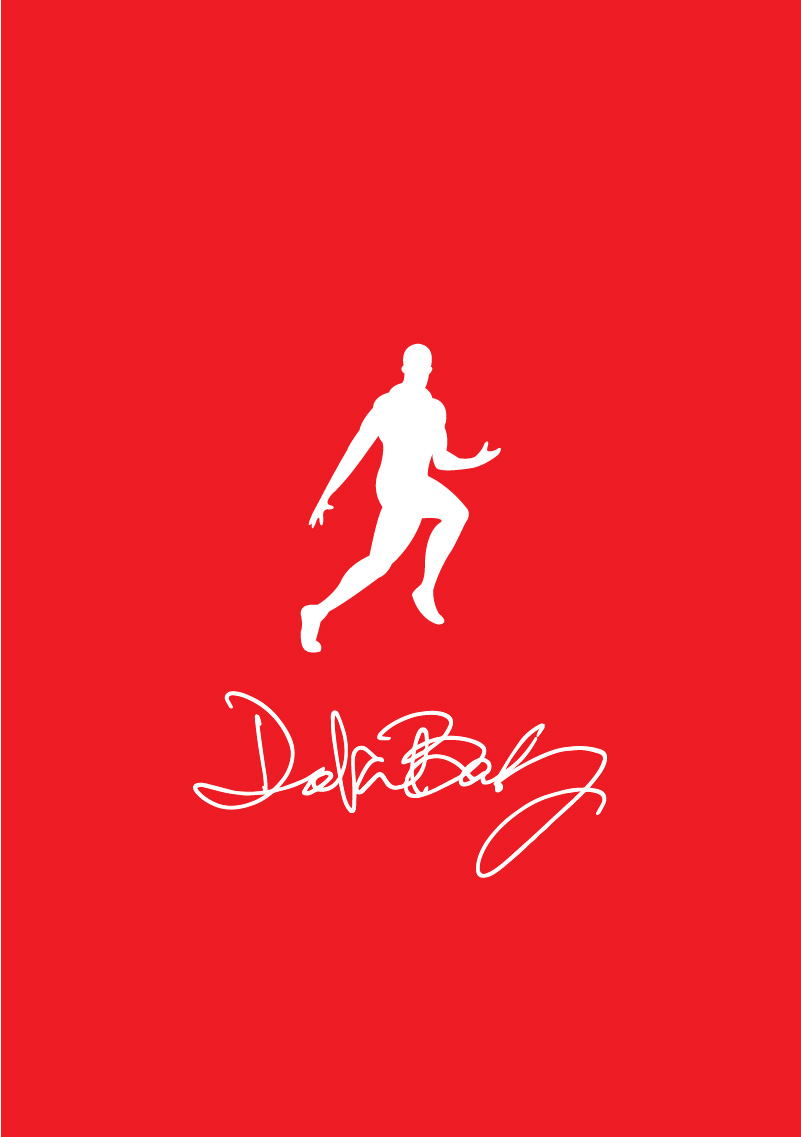 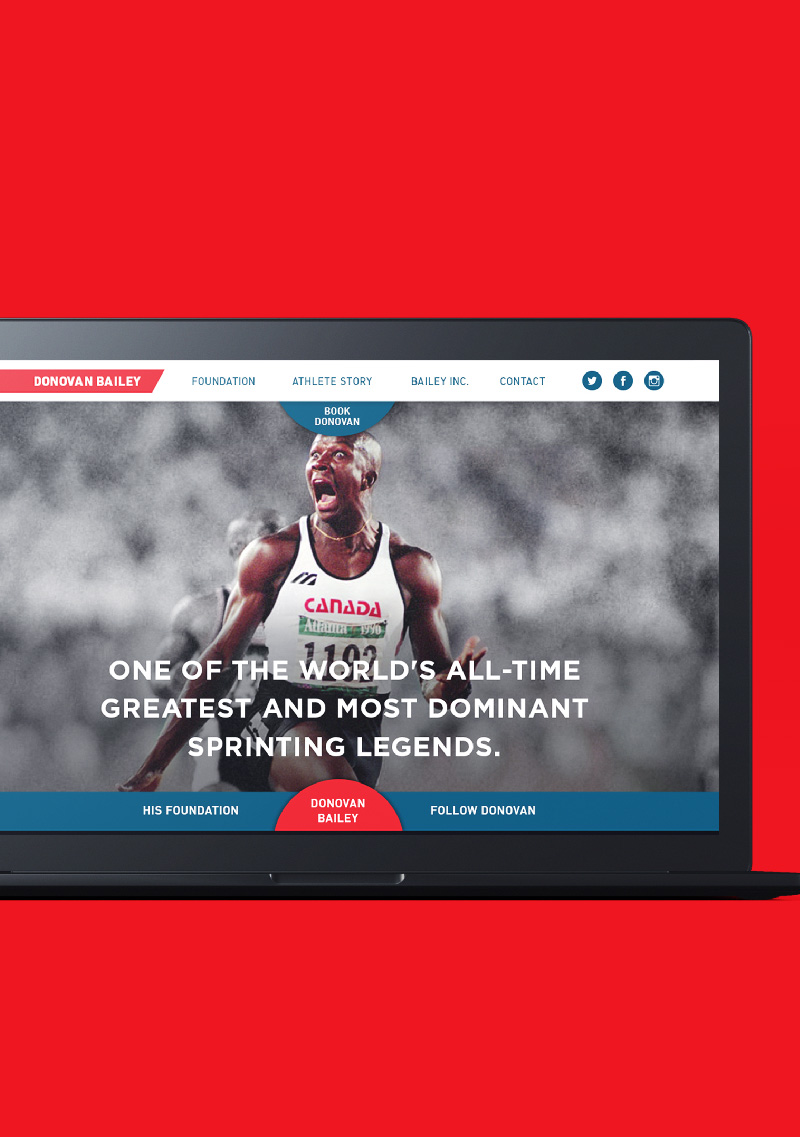 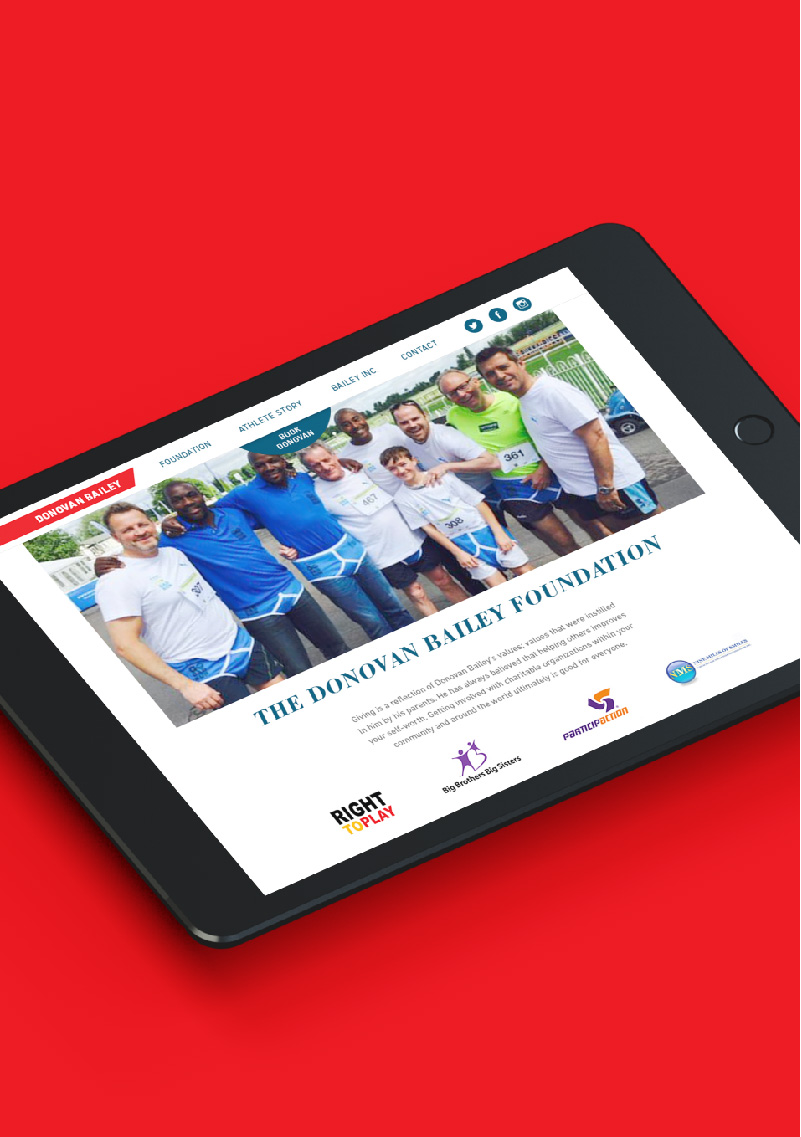 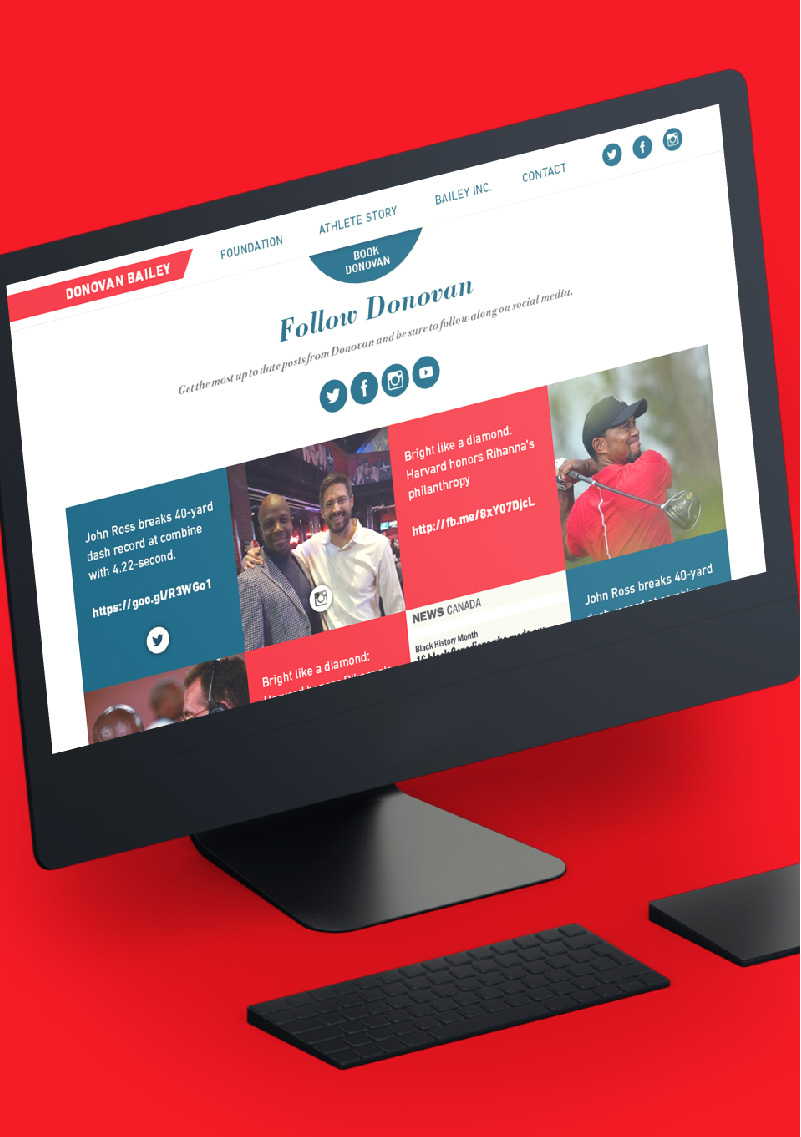 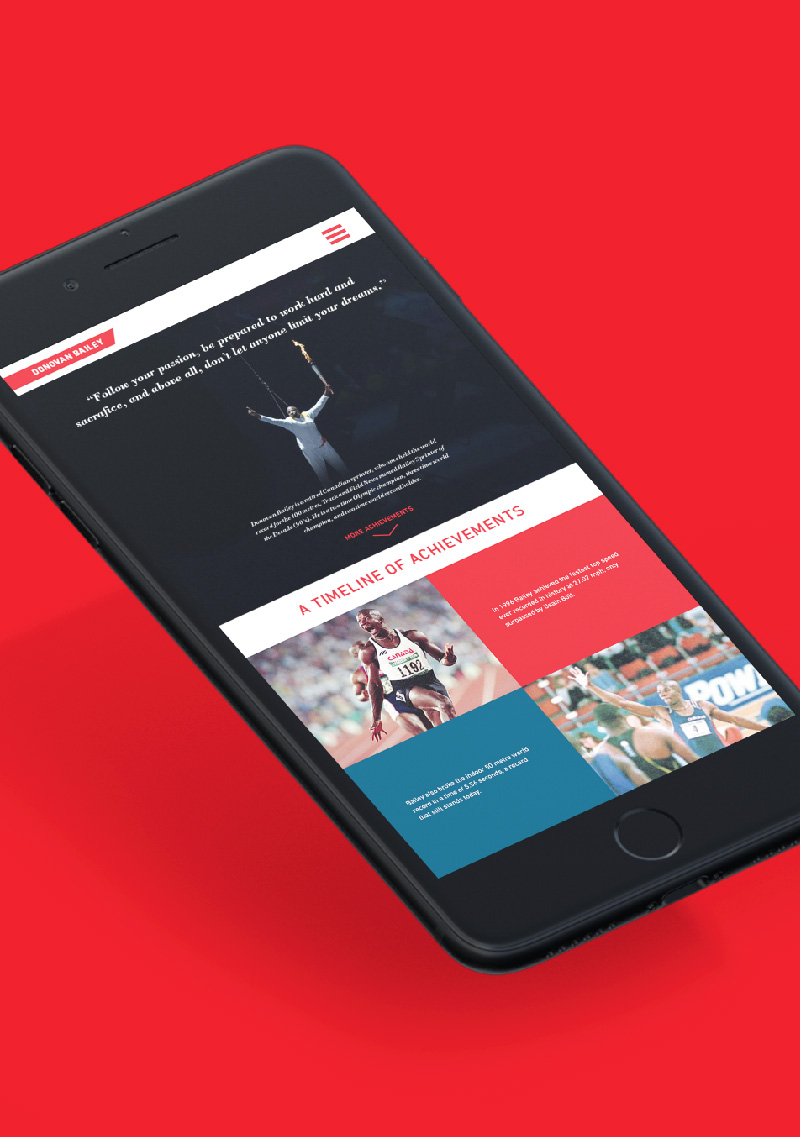 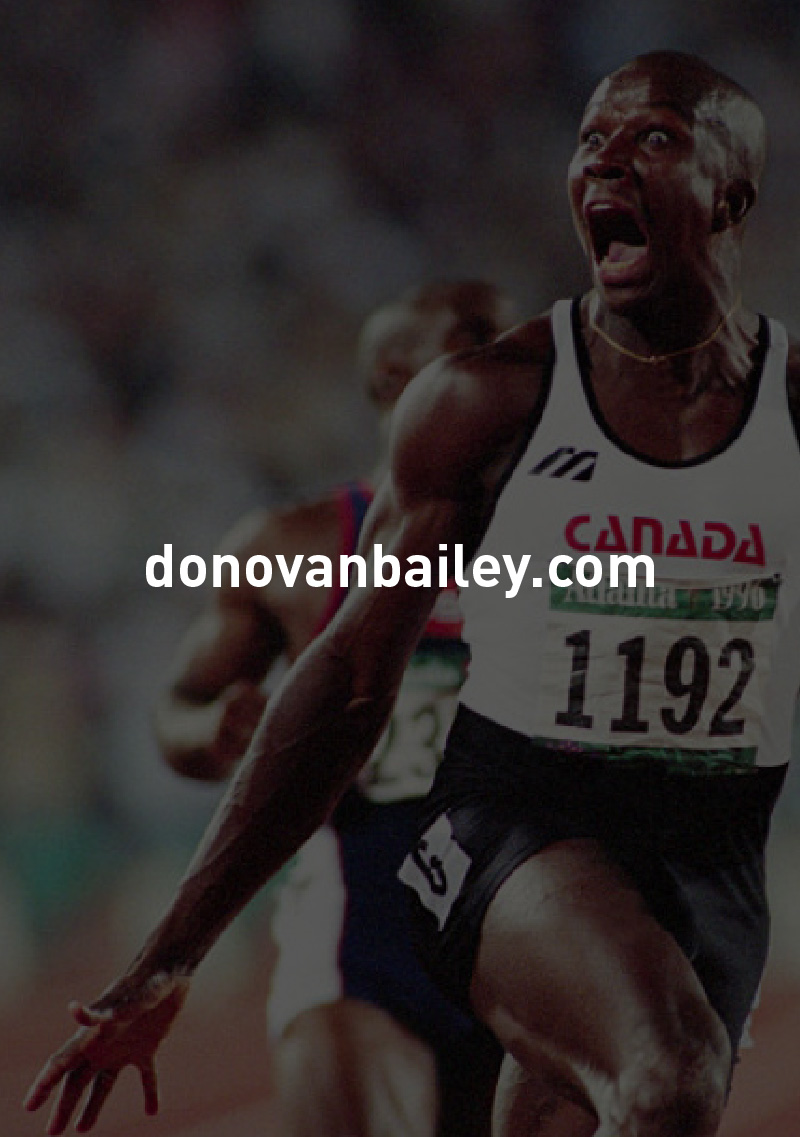 Donovan Bailey is a household name for many Canadians. Known for his records in both the 100 and 50 meter sprint, Donovan at one point, was a world champion, Olympic champion and world record holder, all at the same time. Since retiring in 2001, he's gone on to become a commentator, board advisor and charitable organizer. With so much to catch people up on, he needed a website that highlighted his past and present accomplishments.

Working directly with Toronto Development firm Up At Five, they developed the website after I had designed it. 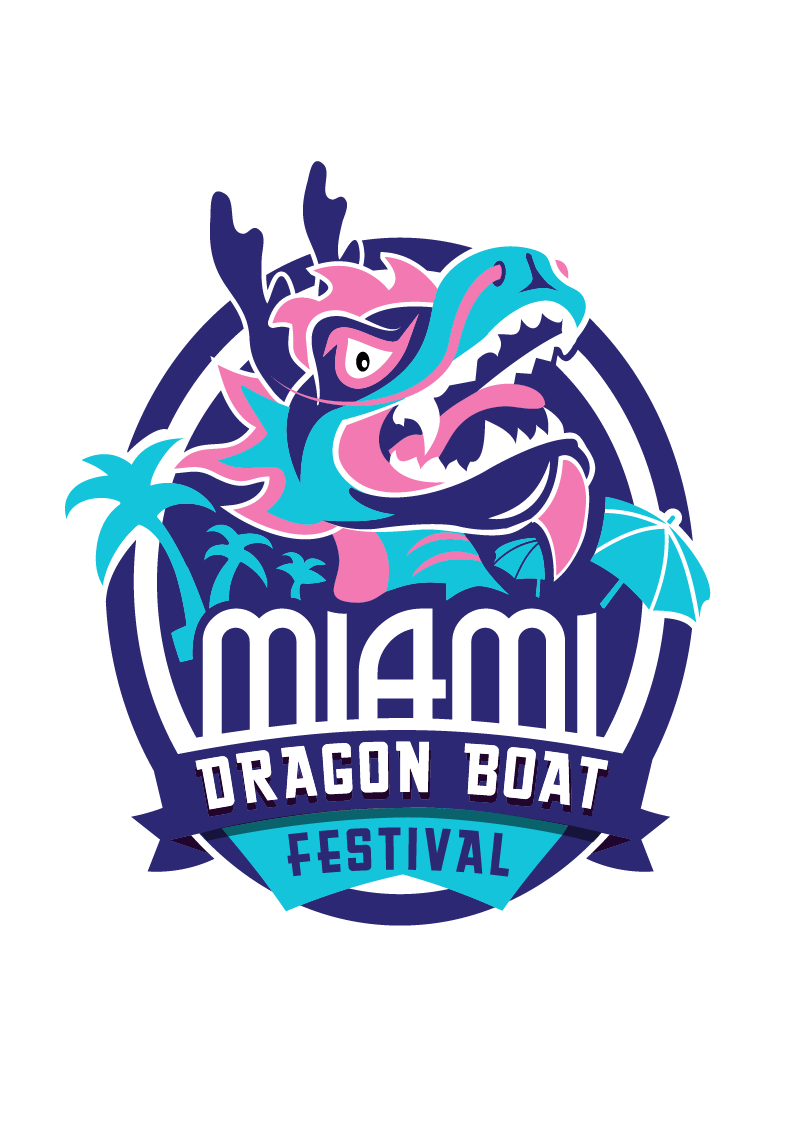 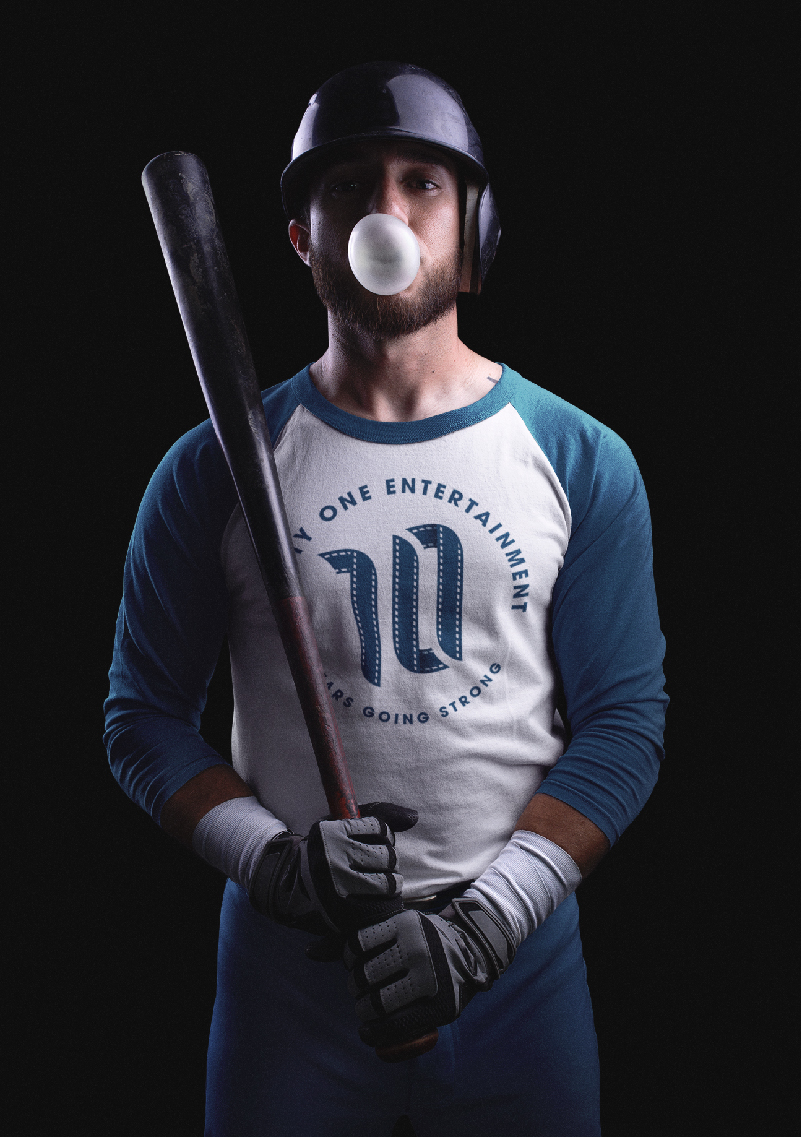 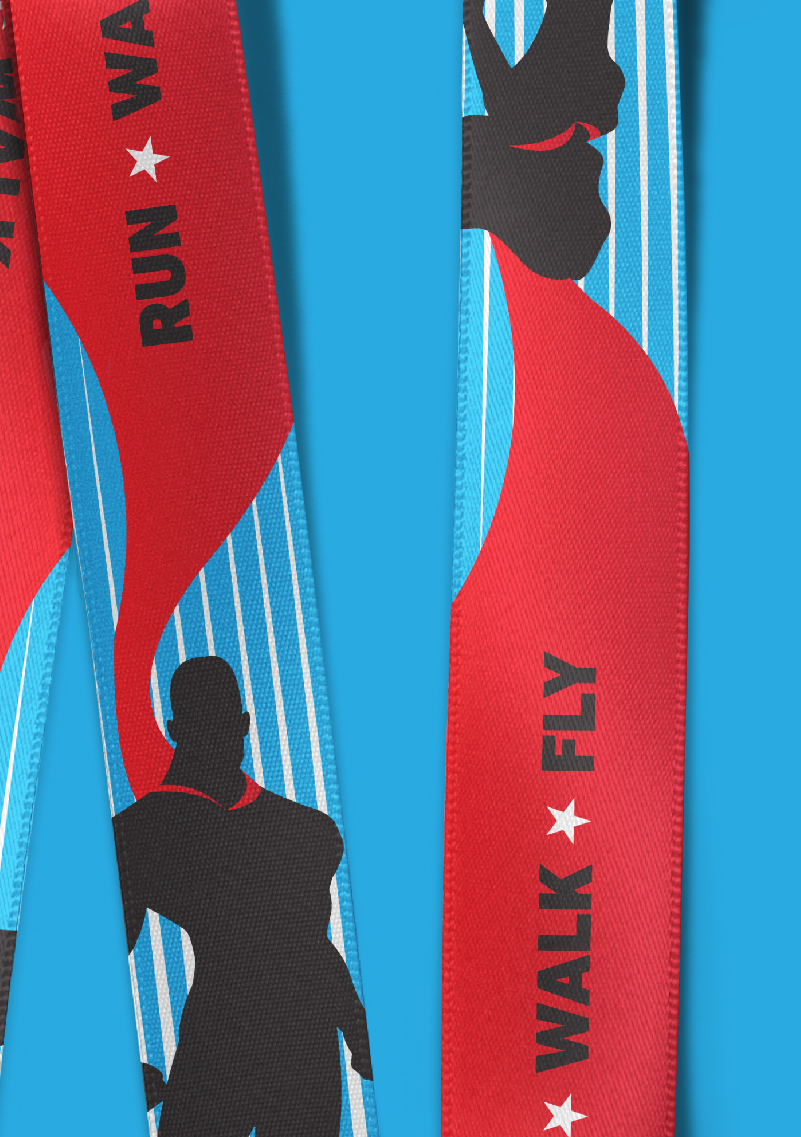 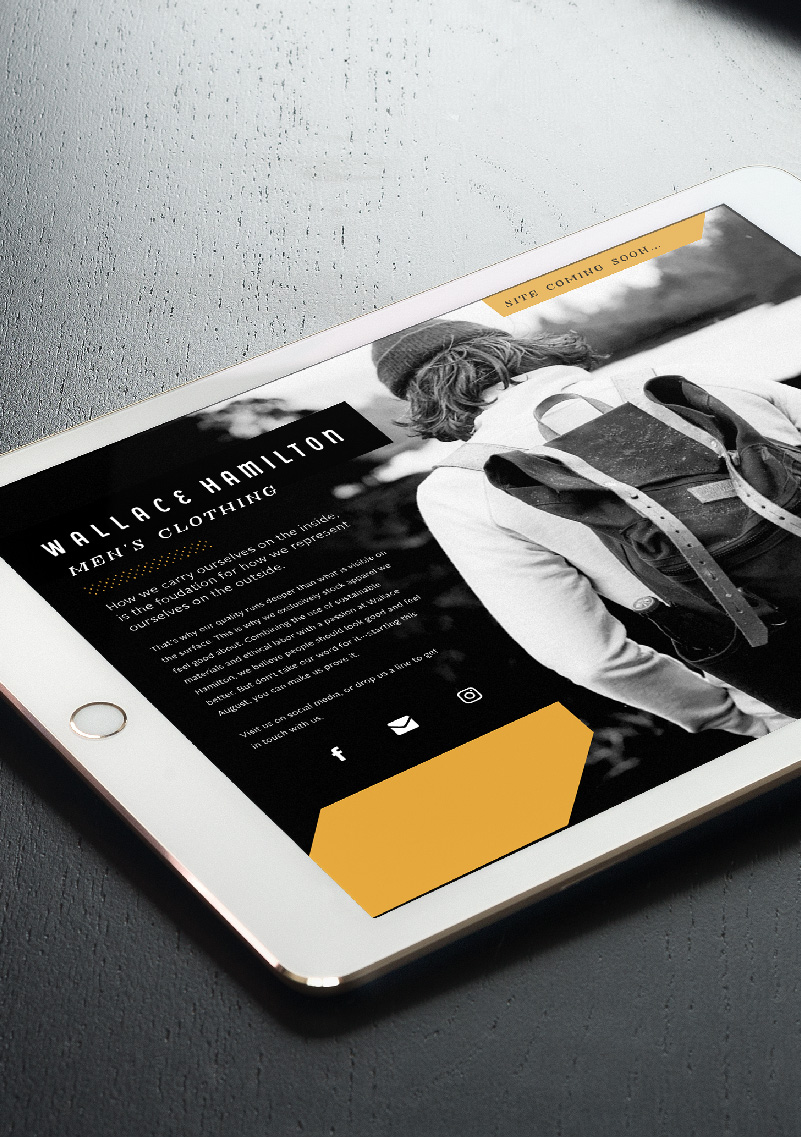 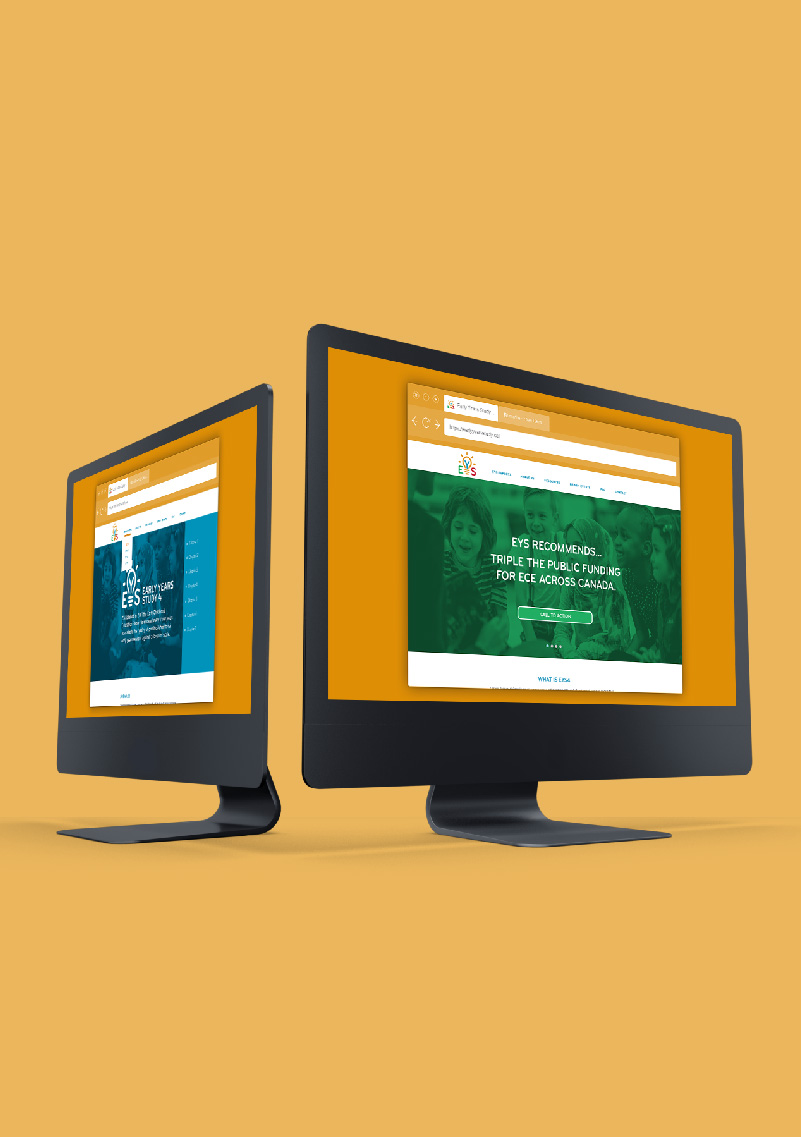